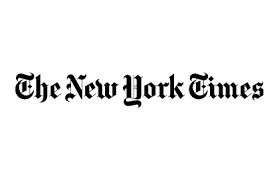 A concrete supplier operating along Newtown Creek is facing criminal charges that his company polluted the waterway between Brooklyn and Queens, Charles J. Hynes, the Brooklyn district attorney, said yesterday.

Constantine Quadrozzi, chief executive officer of Maspeth Concrete Loading, formerly Quality Concrete of New York, was arraigned yesterday on 42 felony and misdemeanor charges that his company discharged industrial waste into the creek, which is part of the Hudson River estuary. Penalties for the charges range from fines of $2,500 to $50,000 and sentences of up to four years in jail.

Mr. Quadrozzi, who was released after pleading not guilty, did not return telephone messages left at his home and office. His lawyer, Brian Gardner, declined to comment, saying that he and his client had not fully reviewed the indictment, which was unsealed yesterday.

From the summer of 2003 through the fall of 2004, Brooklyn prosecutors worked with the environmental advocacy group Riverkeeper in conducting an investigation of the concrete business, observing a cloudy discharge from an underground site at the concrete plant, Mr. Hynes told reporters at a news conference.

Although the plant sits next to a school bus parking lot in a heavily industrial area of Queens, Mr. Hynes said his office had jurisdiction because the pollution took place within 500 feet of the Kings County line.

Despite warnings to stop and a threat of a lawsuit from Riverkeeper, Mr. Hynes said “the water was being polluted with industrial wastewater,” at one point holding up a container filled with murky fluid.

A sample collected from a pipe at the site had high concentrations of elements and compounds used in concrete construction, and was both extremely alkaline and cloudy from cement dust, prosecutors said. Those elements, in addition to oil products released into the waterway, can kill fish and other marine life, said Robert F. Kennedy Jr., the chief prosecutor at Riverkeeper.

In addition, Mr. Kennedy said, the chemical pollutants, some of which have been linked to cancer, are troubling because they can concentrate in the flesh of fish.

Mr. Hynes said that he was inspired to work with Riverkeeper after reading about long-term oil seepage that environmentalists say still slithers beneath Brooklyn streets and floats on the creek from an old Mobil refinery.

Riverkeeper is in federal court with ExxonMobil over what it sees as its failure to comply with a 1990 agreement to clean up the 17-million-gallon pool of oil, about one and a half times the size of the Exxon Valdez spill in Alaska.

Saying that the indictment unsealed yesterday was intended to send a message to companies beyond Quality Concrete, Mr. Hynes added that he would bring charges “against any polluting corporation.” He also expressed eagerness to see depositions in the ExxonMobil case.

Calling Newtown Creek one of the country’s most polluted waterways, Mr. Kennedy expressed enthusiasm that Mr. Hynes’s office had pressed criminal charges. “For many years, we’ve prosecuted polluters up and down the Hudson River successfully with very little help from local prosecutors, and that’s been a frustrating thing for us because oftentimes prosecutors don’t regard environmental crime as real crime,” said Mr. Kennedy, who has filed civil suits on behalf of Riverkeeper. “It is real crime with real victims.”

Mr. Kennedy and other antipollution advocates said that industrial contamination of the city’s waterways was far from isolated. “It’s not just one bad apple,” said City Councilman David Yassky, who, as chairman of the Waterfronts Committee, oversaw a report on waterway pollution that found instances of illegal dumping in the Bronx River, Coney Island Creek and the Gowanus Canal in addition to Newtown Creek.

“It’s clear that there are at least a handful of companies and maybe more that are illegally pouring their industrial waste into our waterways, and without strong enforcement they will continue,” he said in a telephone interview.